A beautiful 2D escape adventure. Find your own way to discover the truth.

This game has been made solo during 7 days, for the Community Game Jam. The theme was "The game is a liar", so consider this while playing the game.

Thank you for playing this game, commenting and rating!

Thanks to the hosts too for this amazing jam!

Really cool game, the intro made me chuckle :)

Checkpoint system would be cool in the rooms button

I though the chat was automated because I have the tendency to press the chat button again to 'speed up the text' even though it wasnt working and looks like that sets the chat to autoskip which made the math puzzle harder for me :P had to take a screenshot until I realized I was causing it

Chat was badly managed yay! Thanksfully I improved at that nowadays!

Got all endings, good game afterall.

A fun little game. We enjoyed it very much.

Here is our playthrough:

Thank you for the feedback and video, it helped us identify some screen ratio issues that we didn't test enough because of the 7 days restriction :)

YOU UNLOCK THE ACHIEVEMENT: REPLY ALL POSTS

The game was amazing! The visuals, soundtrack and pixel art is beautiful. I would like a soundtrack on the main menu screen though xD. If you think about it, you can relate the concept used in this game to the real world. I really do like games like these because it teaches you a lesson without even knowing you were learning a lesson. Great game! Loved the game because my crappy computer was about to run it without any issues! Thanks so much and keep up the good work!

Hey, thanks for the feedback!

I tested to put a soundtrack on the menu but it sounded a bit intrusive to me, I guess it's a matter of preferences :) I'm happy you liked it, did you download the Windows package?

Thanks for the video btw!

Yes I downloaded the Windows Package. Sorry for the late response xD

Wow dude just wow. This game is awesome. Love it

Wow, thank you for the video! I'll take a deep look into it for sure :)

Personally, I found this game to be a bit slow paced. If the text was just a little faster I think the game would flow a little better. I can follow the logic of how you made the puzzles, but they don't really convey very well. Having a triangle and a circle hidden doesn't lead me to think that I need to go in the square door. What bothered me the most is that going in one wrong door means having to go through every room again instead of having the option to continue from the last room. It made it feel discouraging and annoying to pick a wrong door, since everything moves very slowly. I would have liked to see the option to select and continue from a room you've unlocked in the 'Rooms' menu.

I liked the visuals and atmosphere, although the player character seems a little bit simple and blocky in comparison to the environments. The music was good, (although any song gets annoying after looping for a while,) and the lighting effects really gave the illusion of depth to what would be otherwise flat-looking pixel art. It really brought the scenes to life.

After being called an idiot for pressing T the first time instead of E, I reloaded the page and tried pressing E to see if it would react, but it wouldn't continue until I pressed T, which was a bit of a letdown.

Thanks for this comment! I'll try to reply to all of your points.

I can agree, the game can feel pretty discouraging if you pick a wrong door and have to retry from scratch. Thing is I could probably add a checkpoint system at some specific rooms to permit the player to restart from them. This could be an update.

The level design and the puzzles were quite hard to find for this game format, especially with 7 days. The one you mentioned is the one I dislike the most to be honest - it is ok but could be better. With more time I could probably have more levels with better puzzles.

I kind of disagree about the character, to me it is fitting great with the environment (I've restarted it three time), but that's my personal point of view :)

I didn't think about the tutorial that way... Could be good if the E was also skipping the dialog when you have to use T.

Thanks for your time writing this!

If there is word that could describe this game it would be something like: Masterpiece. I just felt this game, the music, the story, the puzzles. I could talk about some minor details that would make a gameplay a bit more satisfying to play, though there is no need to as I just love this game. Wonderful work.

Indeed the game coulb be better: more content, more possibilities in terms of gameplay, but I had to focus on some specific features and to polish what I've done so far because of the time limit (+ I'm working solo haha).

SUper game, very interesting and well detailed in terms of graphics, I loved playing it!

I'll do! Thanks mate!

Fun Game! Amazing Graphics, cant belive you made this in one week

Well, it was at least 14 hours per day but hey, it looks good now! Thanks for the feedback!

good job, jaja the doors are making me crazy

This game is amazing, I love it :D

Hey, i'm at the description, whoaaaa

YOU UNLOCK THE ACHIEVEMENT: BE FAMOUS 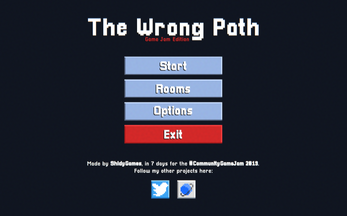 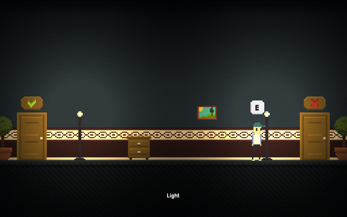 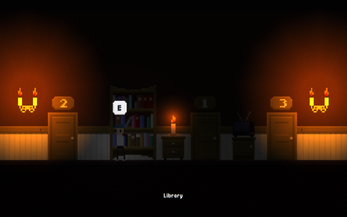 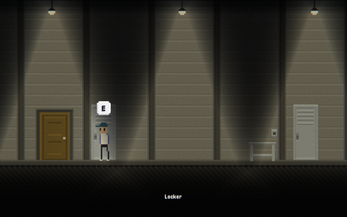 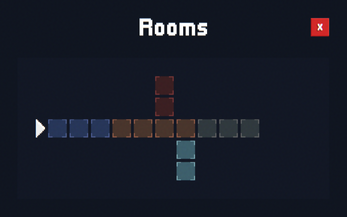